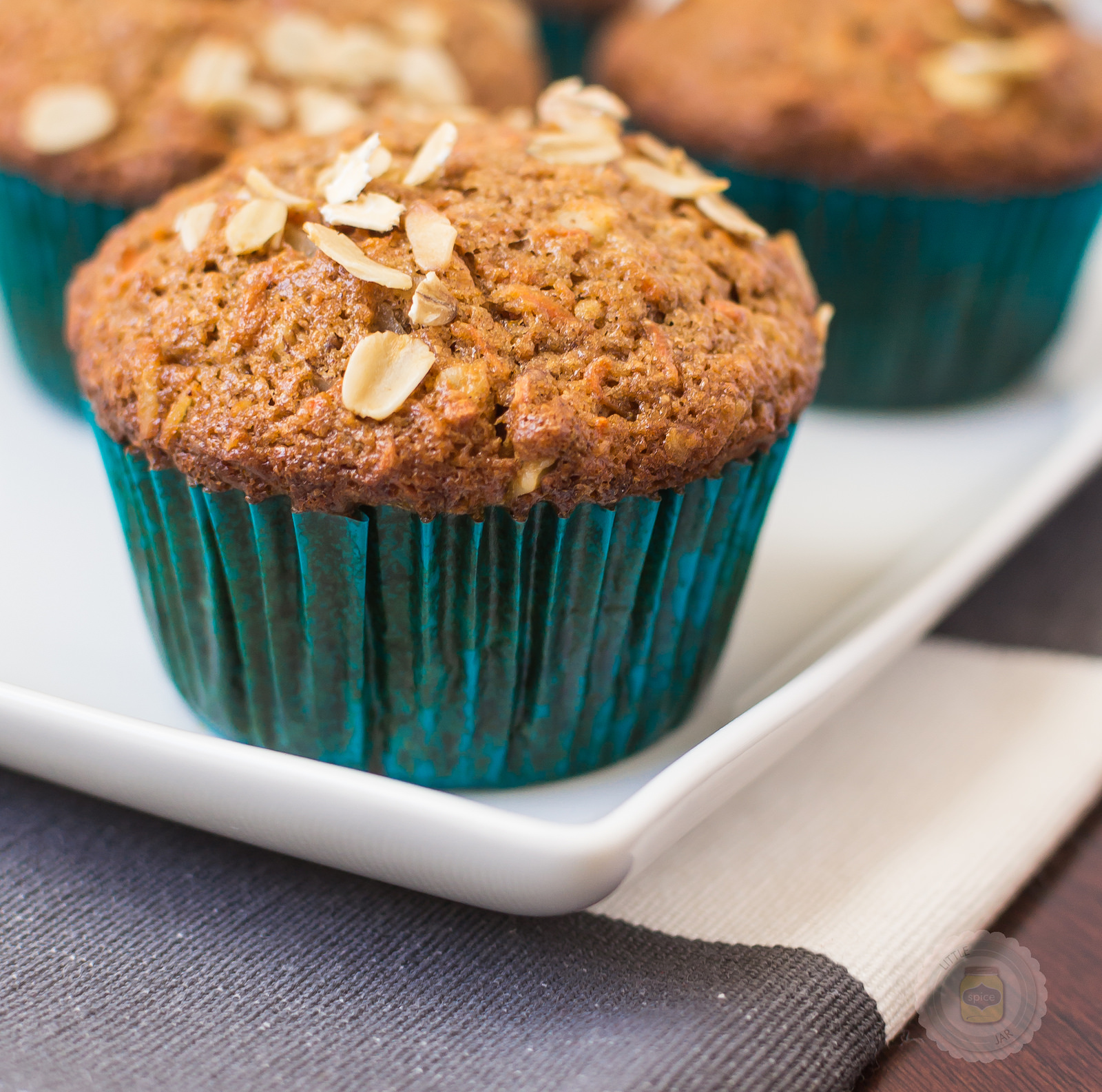 These muffins are a great way to try and boost your kids veggie intake without the battle.  Swap nuts for seeds to add them to school lunch boxes.